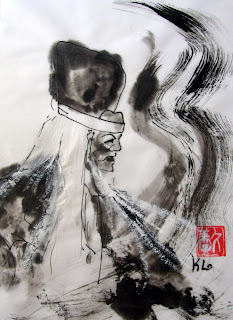 While doing research for my DigiLetter (https://us.mag2.com/)on the Japanese epic Heike Monogatari ('Tales of the Heike' 「平家物語」) and the Noh plays it inspired, I've come across many samurai warriors I can relate to: Sanemori 実盛 and his concerns about ageism, Tadanori and his resentment for not receiving acknowledgement for his creative endeavors, the embittered old warrior Yorimasa 頼政 and his resentment of the opaque 'glass ceiling'... I don't think I'm unique in being able to relate to these characters. Their anger and disillusionment at the end of their lives transcends cultural and temporal differences. These are injustices that still occur today and are not uniquely Japanese.

I'm no longer surprised at being able to relate to characters from a very different culture, in a very different line of work, from plays written more than six hundred years ago. It still surprises me, however, when I feel sympathy for a strange and evil demon. This has happened repeatedly over the years. I am not particularly evil, and I don't think that I flatter myself too much when I state categorically that, while I'm not perfect, I am, in fact, less demonic than most.

And yet I am moved by the texts of several Noh plays of the 'Demon' category. The Noh play 'Nue,' 鵺 for example, tells the story of how the samurai warrior Yorimasa, in his younger days, shot down the monster nue (literally 'nightbird,' a kind of Japanese chimera, mixing body parts of a tiger, monkey, raccoon dog and snake). The nue rose in a black cloud and descended upon the Emperor, terrorizing him until being felled by Yorimasa's amazing arrow shot. He was then killed, stuffed in a log and set adrift in a river.

The story illustrates the heroic Yorimasa's amazing marksmanship. The Buddhist shadings of the Noh, however, tell of the sufferings of the nue, and of his shame. The play doesn't condone the nue's actions, but it conveys the monsters suffering sympathetically. It's cries for prayers to relieve its agitated soul's suffering are heart-wrenching.
Posted by Kenneth Lawrence at 5:49 PM No comments: 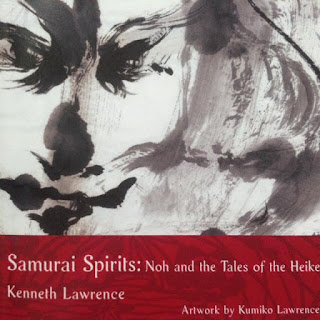 Soju Projekt recently published a booklet, 'Samurai Spirits: Noh and the Tale of the Heile,' that features my retelling of two Noh plays and Kumiko's sumi paintings. Both plays are based on stories from the 'Heike Monogatari' (Tales of the Heike). In 'Sanemori,' the spirit of a samurai warrior killed in battle, drawn by the sound of chanting, seeks relief for the suffering of his soul. In 'Kiyotsune,' a samurai warrior who has taken his own life returns to offer solace to his suffering widow. These masterpieces are two of the most touching pieces in the Noh repertoire.
Posted by Kenneth Lawrence at 9:21 PM No comments: 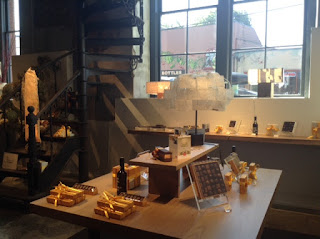 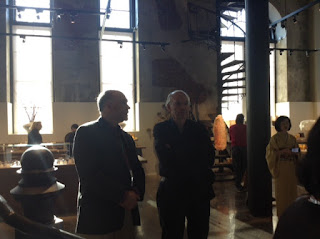 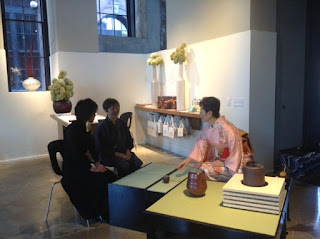 Presenting the art of the Japanese tea ceremony.


Posted by Kenneth Lawrence at 8:43 PM No comments: 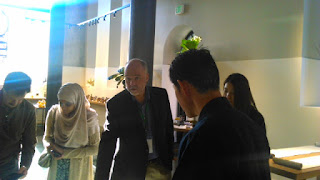 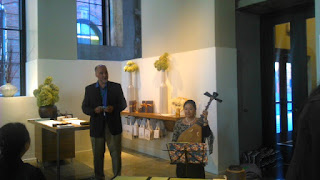 A pre-performance lecture by Kenneth before a biwa (plucked lute) performance by Kyokumi Tashiro. 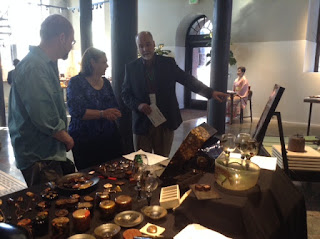 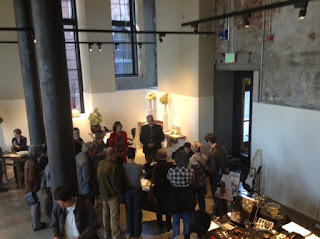 A lecture-demonstration on the history and techniques used to create maki-e masterpieces.

Posted by Kenneth Lawrence at 8:34 PM No comments:

Reviving Japanese Tradition and The Stratocaster !!

Soju Projekt's Kenneth E. Lawrence and Kumiko Lawrence took part in 'Senses of Japan' event at Fran's Chocolates this weekend. The event was a display of exquisite Japanese craftsmanship, impressive not only for the traditional techniques of the craftsmen, but also for the innovative ways they have developed to keep their art alive. 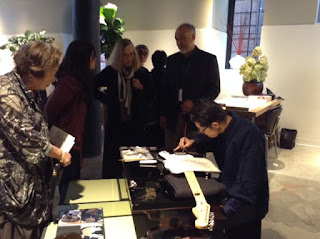 One example was the work of Shokan Matsuda (松田祥幹) A third-generation lacquer artist, Matsuda-sensei applied the centuries-old technique of makie (literally 'sprinkled art' 蒔絵) to decorate an unusual item, a stratocaster electric guitar. 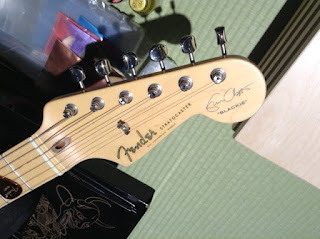 Interestingly, the man who commissioned Matsuda-sensei's work, an avid collector of guitars, expressed similar concern for a disappearing tradition, the stratocaster, once the guitar of choice for many great guitarists. This means a lot to Kumiko and I because even a partial list of stratocaster players - Eric Clapton, Jeff Beck, George Harrison, Adrian Belew, The Edge, George Harrison, David Gilmore, Jimi Hendrix, Pete Townsend - includes many of the guitar greats who we listened to and saw in concert 'back in the day.' The stratocaster is now in danger of fading away. 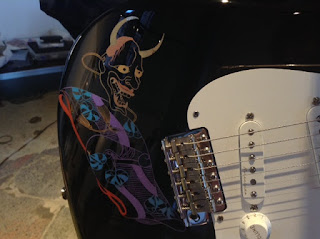 Matsuda-sensei used immaculate technique to hand-paint the lacquer, then sprinkle the gold, silver copper and brass powders. The selected design was of a demon mask and costume used in traditional Japanese theater. 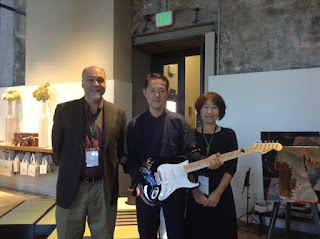 It was an excellent display of traditional craftsmanship, amazing to watch. It was also wonderful to see tradition and innovation in action.