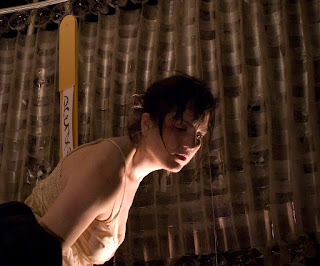 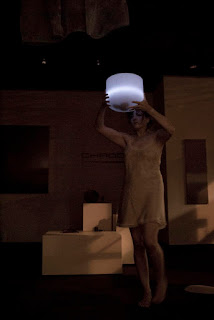 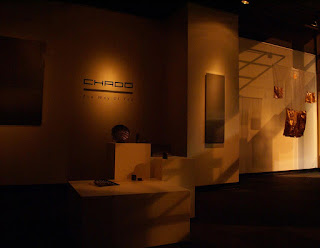 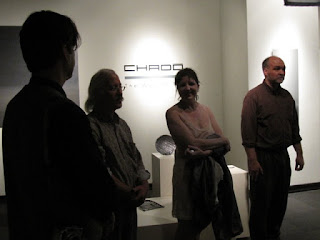 It is truly rare that a literary work, or any work of art, can bring together two such disparate groups as lovers of The Canterbury Tales and lovers of stories about brain-eating zombies. Purists, of course, will not be fooled, but 'Robin Hood and Friar Tuck: Zombie Killers' reads for all the world like what it jokingly pretends to be: a lost Canterbury Tale (and, simultaneously, a 1950s 'B' horror movie script). The author is not only very adept at metered poetry (it never grates, amazingly enough), but is also an excellent storyteller. I have read the book twice now, and look forward to hearing it via kindle. Excellent stuff!

Posted by Kenneth Lawrence at 10:25 PM No comments:

'The Chronicle of the Czechs'

Like most medieval chronicles, 'The Chronicle of the Czechs' follows human memory from prehistory, through the dim and distant past, to stories told by the elders and finally to the author's present day (in this case, approximately 1125). The pattern of myth to legend to hearsay to history often makes an engaging read, as with Saxo Grammaticus. Here the author, Cosmas of Prague, segues from the Bible (the Tower of Babel and the flood) to Greek myth (including Odysseus and Medea) to dragons, witches, soothsayers and, eventually, archbishops and noble dukes. This odd and enjoyable mix includes biblical references, classical tales and anecdotes from the history of any area that, inexplicably, is still a mystery to most of us. Highly recommended.

Posted by Kenneth Lawrence at 10:22 PM No comments:

My saluang playing will soon be heard in Santa Fe, New Mexico as part of a collaborative multimedia installation with poet Piper Leigh. The saluang is a large bamboo flute of Sumatra, Indonesia. My saluang was a gift from Hasanawi, who made the flute and taught me how to play in preparation for an English-language production of randai, the martial arts-based dance drama of the Minang people of western Sumatra. To tell traditional Minangkabau tales, randai weaves together songs, dance, acting, martial arts and, of course, music and song.


In preparation for the production a large ensemble of dancers and musicians from the University of Hawaii studied with Hasanawi and another master teacher of randai, Musra Dahrizal. Acting as their interpreter, I would occasionally guide them in walks around the university of Hawaii campus, trying to answer such questions as "Why are telephone poles in America made from wood?" in my choppy Indonesian. Then we'd be off for hours of practice in the music and movement of randai. Randai, which grew out of the circular martial arts training, is performed in a circle which frames the acting area. Between scenes, the dancers move in unison through the circular dance sequences while two singers and a flute player accompany them with songs based on Minangkabau folk-singing tradition. Between the verses of each song the dancers perform circular dances that feature martial arts movements, exciting rhythmic clapping and some amazing and rather unique pants-slapping percussion called 'tapuak'. All dancers wear special pants during performances, kind of like skirts that have been sewn together. By slapping these special pants while they dance, they produce great drumlike sounds in percussive patterns.

During the seven-month preparations for the 2000 randai production I became enthralled by the music of randai. I studied intensively the instrumental music, which included gongs, drums, recorders, singing, 'pants percussion', the rabab (a two- and four-stringed spike fiddle), and (my favorite) the flute that accompanies the singers, the saluang. I approached the visiting performers and asked them if, one evening after rehearsals, we could have an impromptu recording session. I was at first concerned about imposing on them, but found that the Minangkabau enjoy nothing better than staying up drinking black coffee with a ton of sugar, chain-smoking clove cigarettes and singing until the wee hours of the morning.

In 2012 the University of Hawaii's tradition of English-language randai continues. The Genteel Sabai, adapted by Musra Dahrizal and directed by Dr. Kirstin Pauka, will be performed in English at the University of Hawaii at Manoa's Kennedy Theare February 3 through 12. If you are lucky enough to be in Honolulu at that time, I strongly recommend you attend. You won't forget it

Posted by Kenneth Lawrence at 10:19 PM No comments:

This weekend has been quite the treasure hunt. After an October performance at ArtXchange Gallery, in which I provided musical accompaniment for a Butoh performance by Shinjo, the poet involved in the performance, Piper Leigh, invited me to collaborate in an audiovisual installation to be featured in a museum in Santa Fe, New Mexico.

In Piper's poetry is mist and memory, dream, distance and loss, so I went in search of a jack-in-the-box. One of my very earliest musical memories was a wonderfully clunky jack-in-the-box. It sounded like a bass marimba, and you could wind it forward (to get 'Pop Goes the Weasel') or backwards (for a vaguely familiar tune). You could even wind it back and forth to get excellent rhythmically intricate marimba-like solos. I came away from this weekend's search with a variety of odd treasures found in local recycle shops. A toy piano and xylophone, windchimes, a rain stick, a (particularly tacky) Tinkerbell snowglobe/music box and, at a truly fascinating junkyard, a broken shower curtain rod (with the potential to be an endblown slideflute). These, along with a prepared guitar, frame drum, saluang (Sumatran bamboo flute, a gift from my randai teacher), a cat toy, reversed player piano, cell phone speaker, wine glasses, a fishbowl and some marbles, I was set.

Still no jack-in-the-box, though 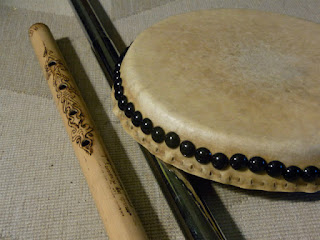 Posted by Kenneth Lawrence at 11:07 PM No comments:

How did this happen? I'll trace it back to its beginnings.

I'm watching on Youtube trailers of the 1969 version of the Turkish film 'Ac Kurtlar'. It looks, for all intents and purposes, to be an Anatolian 'spaghetti western' in the snow. There are no subtitles, but then there's almost no dialogue, just shooting. Fascinating, but not something I would normally watch. Still, it has served its purpose. I now have an image in my brain for 'Memed My Hawk'.

Turkish author Yashar Kemal's 'Memed My Hawk' reads like Alexandre Dumas at his best. I'm only about a third of the way into it, but it's of the 'hard to put down' variety. It was recommended to me by a Turkish friend after I asked him about Ibrahim the Mad, a sort of Turkish Caligula. I had just finished reading (in English translation, of course) a particularly touching and humane play about him by A. Turan Oflazoglu, published in "Ibrahim the Mad and Other Plays: An Anthology of Modern Turkish Drama, Volume One."

Here my memory gets kind of vague. I must have come across Ibrahim the Mad after reading A.L. Kroeber's translation of a fascinating biography of Mehmed the Conqueror (no relation, as far as I know, to the Memed of 'Memed My Hawk'), written by the Byzantine Greek Kritoboulos shortly after his (Memed the Conqueror's) conquest of Constantinople. At that time I was reading many Muslim chronicles, histories from a different perspective. Many memorable works, including 'The History of the Seljuq Turks,' Kenneth Allin Luther's translation of the 12th century 'Saljuq-nama'.

But my guess is my long-term interest in Turkish literature started with 'The Book Dede Korkut', a rare success for the overwhelmingly ridiculous "If you liked that book, you may also like..." recommendations online book stores regularly make. "Tales of a Thousand Nights and a Night" continues to be a major influence on what I read and how, so this similar compilation of tales, with recognizable references to, and variations on, the tales of Sinbad and Odysseus, as well as some completely unique tales, caught my interest immediately.

That, as near as I can figure, is why I have been watching trailers for Anatolian spaghetti westerns of the 60s on Youtube lately.


Posted by Kenneth Lawrence at 11:52 AM No comments:

On November 4 many friends gathered for a potluck. We talked with several afficionados, fans and practitioners of noh and tea, including one man whose company is in the Sendagaya neighborhood of Tokyo, about three minutes from the National Noh Theatre. This was very nostalgic for me, as I worked in the National Noh Theatre from 1989 to 1996 in the offices of the International Theatre Institute, where I was correspondent and assistant editor to two publiscations on traditional performing arts. He promised to stop by my old stomping grounds and say 'Yoroshiku!' to my old boss, Odagiri Yuko. I hope she's doing well.


Two noh pieces were chanted in celebration, “Takasago” and "Tsurukame". These are plays of blessing, and their songs, often heard at wedding receptions, are noble and dignified, and include imagery related to the crane and tortoise (Tsurukame) and the pine (Takasago), symbols of longevity and harmony. An enjoyable evening of good food, good music and good company.