There is something about the out-of-tuneness of it all. Some of the most stunning moments of musical experience for me have been when I was playing or listening to an instrument or instruments that were ‘out of tune’. Playing the eerie, distorted Noh flute, or surrounded by a pulsating gamelan orchestra, feeling the shimmer of a Himalayan healing bowl, these were wondrous moments for me.
Posted by Kenneth Lawrence at 2:01 PM No comments: 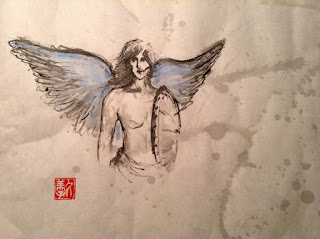 Posted by Kenneth Lawrence at 8:46 PM No comments: