Soju Kai Seattle is presenting a staged reading of my translation of the Japanese Noh play ‘Atsumori’ by Zeami (1363-1443). I am often stunned by how meaningful the texts of Noh can be to me. I have no illusions (or delusions) of being a samurai warrior. Still, these very Buddhist writings have something in them that resonates very profoundly in me. In my translation I attempt to retain the beautiful ‘blur’ of the original while making clear the wisdom it contains. 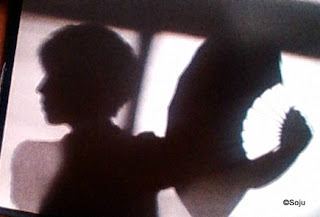 A man comes. Once a warrior, he is now a Buddhist monk. During a battle he had struck off the head of a young nobleman. His guilt was so intense that he cut off his topknot and shaved his head. He realizes that “this world is but a dream, but awaking to renounce it, is that reality?” He journeys from the capital, returning to the site of the battle in order to pray for the soul of Atsumori, the slain warrior.

Stopping to rest, the priest hears exquisite flute music from the hills nearby. He asks a group of grasscutters, returning home after a hard day’s work, who it was that had been playing the flute, and is shocked to find out it was one of them. How could a lowly grasscutter play the flute with such refinement? “Do not envy those above you,” one of them scolds him, “nor despise those below.”

The grasscutters leave, but one returns to request invocations. The priest grants his request, but when he asks the grasscutter’s name, he replies he is ‘someone related to Atsumori,’ then disappears as if erased.

A villager happens by. The priest asks him if he knows what happened at this spot during the battle. The villager knows it well, and relates the story of the slaying of Atsumori. The priest reveals that, before becoming a priest, he was the warrior who killed Atsumori, returned to pray for the repose of his soul. He also explains the strange meeting with the grasscutter. The villager is convinced the priest must have met the spirit of Atsumori and, before leaving, recommends the priest pray for Atsumori troubled spirit.

The priest prays throughout the night. Atsumori returns. During the battle, he fled to the shore to escape on the royal ship, but realized he had left behind his precious flute. He returned to retrieve it, but by the time he returned to the shore, the ship had sailed. Recalling their fight on the shore, his spirit becomes agitated and he raises his sword to strike down the priest, his foe. The warrior spirit is about to strike when, returning good for evil, the priest prays for him with kindness. He prays that in the end they both may be reborn in paradise on the same lotus petal.

A favorite quote from the play ‘Atsumori’ is the saying “Discard evil friends, but hold close virtuous enemies.” Open dialogue with virtuous enemies clearly has implications regarding American foreign policy. At a more personal level, one of my students, a seventeen year old girl, was killed this week in a horrible car wreck. The driver of the vehicle, though not evil, had made serious errors in judgment. If she had been more selective regarding the people she surrounded herself with, maybe she would still be alive today.

‘Atsumori’ is a play that implores us to respect the inherent worth of every person and the interdependent web of all existence of which we are a part. It inspires us to confront powers and structures of evil with justice and compassion. It is inherent wisdom from one of the world’s major religions through one of its most sublime art forms.
Posted by Kenneth Lawrence at 2:31 PM