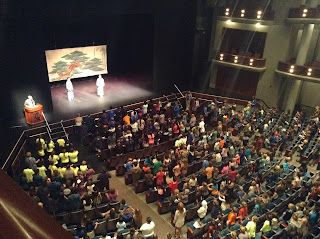 Noh on Maui: Traditional Japanese Arts in the Schools

Soju Projekt's lightning tour of Maui was met with overwhelming enthusiasm. We were able to share Noh with a new and younger audience at several schools across the island. For one presentation the district bused in over seven hundred students to a large auditorium. There they participated in a workshop on the history of Noh, its stories and aesthetics, and how to do the meaningful gestures particular to Noh.

A highlight, not surprisingly, was the action sequence. Twenty students selected in advance by their teachers, were allowed to come to the stage and learn the movements involved in a samurai duel. The students were assured that, though winning was, of course, great, losing was okay because it looked very cool. It was good to see so many smiling faces.

In addition, Soju Projekt and Noh performers Munenori and Fumiyuki Takeda were taken by bus to various school assemblies and after-school programs. It was a joy to share traditional Japanese performing arts with such a young and enthusiastic audience. 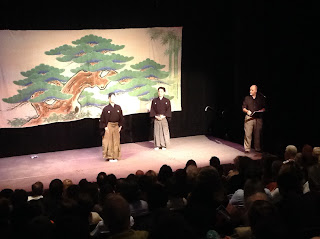 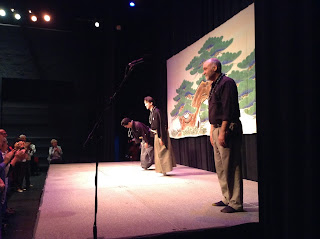 Posted by Kenneth Lawrence at 7:06 PM